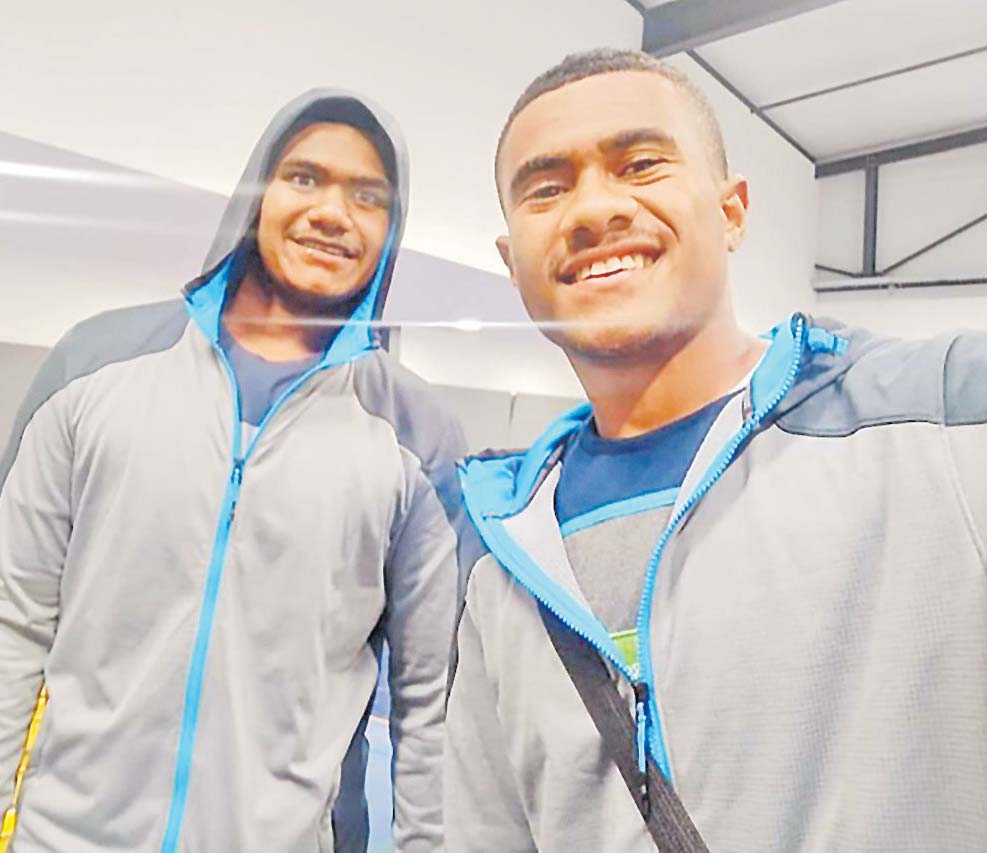 After falling short in the Deans Trophy semi-final to Ratu Kadavulevu School, the two young stars continued their fitness training waiting for this opportunity.

Nadroga Rugby Union president Tiko Matawalu said the pathway to a successful rugby career did not only begin when you’re in the provincial competition.

“This is the pathway many of our players have followed and a good example is Peceli Yato,” Matawalu said.

“Now these two have left and more will leave, but it depends on how they dedicate themselves to their training and performance on the field.”

Naulunisau is the younger brother of Ratu Meli Kurisaru, a former BLK Nadroga XVs fly half and now Qaqa Suva XVs fly half for the Skipper Cup 2018 and 2019 winners.

He is also a nephew of former Nadroga and Fiji XVs winger Kavekini Nalaga who played in the late 1980s and was part of the 1987 Rugby World Cup which reached the quarter-finals.

The 1.95m and 110kg lad is a utility second row and back row player who comes from a rugby family and is now a proud son of Tilivalevu Village.

He becomes the second Tilivalevu Village player to have broken through to great rugby opportunities such as this.

The first being Ratunaisa Navuma, who played his debut match for the Flying Fijians in 2017.

Naulunisau is a cousin of Napolioni Nalaga, a Fiji 7s and 15s rep who played for almost a decade in Clermont.

Meanwhile, Tove, 18, is the son of former Fiji 15s rep, Peni Tove and a nephew of Nadroga fly half Ratu Ilaitia Kurisaru of Sigatoka Village, Nadroga. He is also a grandson of former Nadroga and Fiji XVs No.8 in the early 1980s and Fiji head coach in 1990s, Ratu Meli Kurisaru.