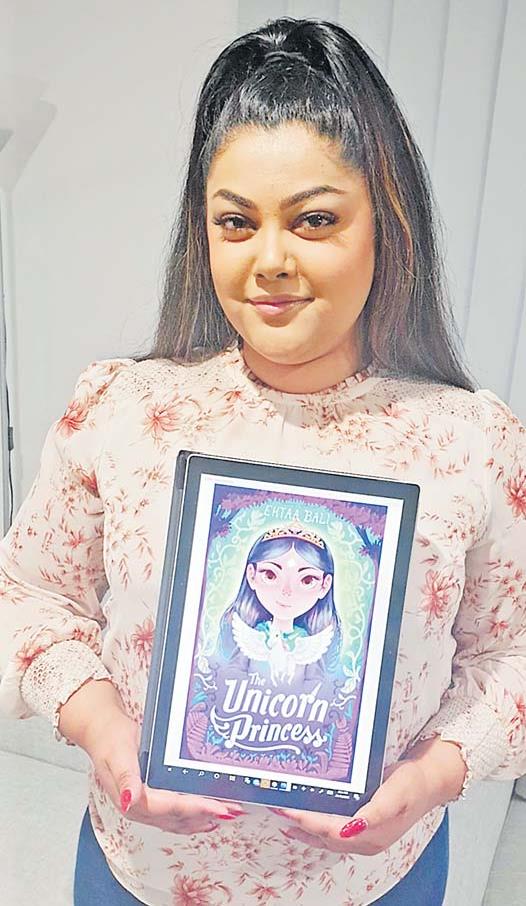 
MACUATA lass and Australian-based author Ektaa Bali believes any little girl around the world can achieve their dreams irrespective of race, colour and religion.

Her book talks about a Macuata princess whose name is Sonakshi whose existence was kept a secret and she was hidden in her castle in the Blue Mountains of Australia.

Ms Bali told this newspaper that the princess tried to come to terms with her unicorn-self but was pretty difficult because she was the only unicorn she knew.

“I was born in Suva, and my parents migrated to Melbourne, Australia, when I was six months old. Five years ago, we moved to Brisbane, Australia.

“I would just like to emphasise that there needs to be more ethnic diversity within fictional literature, especially for children and teens. This is where the foundational beliefs are formed and we need to send our youth the message that they and their heritage are important in the wider world. “ The qualified nurse and midwife has always loved writing and had started writing a book on romance.

“I never imagined that I would write middle grade (8-12 years) fantasy until my little niece Sonakshi asked me to write a story about unicorns.

“And so I dropped the paranormal romance I was writing and wrote The Unicorn Princess instead.

“I just knew that if I was going to be a writer, it was going to be in a way that told little girls around the world that no matter their skin colour or ethnic origin, they can be heroes and princesses too.

The book also talks about the powerful witch Mankini who kidnaps Sonakshi’s friend Rowen and she and her loyal companion Kieran know they must act before he is lost forever.

“Their quest leads them across dangerous Australian bushland and over the Pacific Ocean to Fiji where Mankini lies waiting.

“But a terrible secret threatens everything Sonakshi thought she knew. It will take skill, wit and a bit of magic to get them through to the other side.

“There are mermaids and kangaroos. But where there are friends, there are also foes.”

Ms Bali said: “On the surface it’s about a girl who has inherited the ability to turn into the unicorn and a witch who really wants to capture her. At its heart, it’s about courage, friendship and forgiveness.”